I am fighting.  I have been fighting for 21 years.

When my beautiful, healthy infant boy was suddenly not okay, I fought.  I fought to stay upright in emergency rooms in the middle of the night, holding my sick and seizing baby and wondering if he was going to die right there in my arms.  I fought for my composure as the doctors explained time and again that they did not know how or if they could help my child.  I fought to research every treatment and to leave no stone unturned in trying to heal my child. I fought to keep my calm and my sanity for the sake of my family and my other child.  I fought for balance and control and I fought hard to navigate the world I was thrown in to. 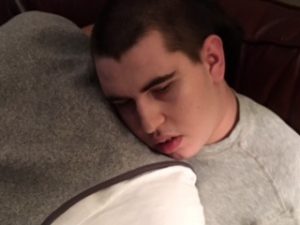 Over time, I evolved, and I got better at fighting.  Fighting the insurance companies.  Fighting when they wanted to put an adult sized device into the chest of my four-year-old child, because it was less expensive.  Fighting them in court to obtain a safe chair for my child to sit in. Fighting for coverage so we could fly out of state to subject my child to yet another team of doctors and another battery of tests, fighting to have a diagnosis so that we could finally, maybe determine a course of treatment.

He turned 18 and entered the world of adulthood.  We fought for legal guardianship and government benefits.  Fought for resources to modify our home, as he grew larger in size and as his health declined.  We fought for home based medical care as he lost skills and medical stability.

He turned 19 and aged out of pediatric palliative care.  We fought again.  Fought against regulation and red tape and to reinstate the lifeline of palliative care that we had grown to rely on.  That helped us help him.  That gave him measures of comfort.  That gave us the resources we needed to keep him home and out of the hospital and safe and stable.

Now, he is 21.  He has aged out of pediatric case management, into the world of adult case management, which I am fighting to understand.  We are fighting for agency support to help determine and provide the services that he will need on the date of his 22nd birthday, when he will be released from the entitlement of school and all of the associated therapies.  We are fighting to figure out what that means, what he needs, and how we will provide it.  We are fighting the transition of his medical team, as his lifelong providers begin to retire, and as he ages out of his pediatric medical setting, but presents as too young, complex and fragile to ease into another.  We are fighting to find resources to help us let him live at home, for as long as he is alive, knowing it is where he wants to be and where we want him to be.

A week ago, we were told that he could no longer receive hospice services simultaneously with home nursing supports, because he turned 21.  Regardless of his medical needs, which qualified him the day before his birthday, but not the day after.  So again, I fought.  I fought agencies and providers and insurance companies, in writing and on the phone, until the issue was resolved.

The reprieve was short.  Another call, to inform us that the hospice and palliative care provider that I fought so hard the week before to keep was not recertifying our son.  Meaning that he is losing the comfort care that he loves and needs, and that I am losing the home based medical supports that help me care for him at the intense level that he requires, while keeping him out of ambulances and the hospital and living safely at home.  I suppose there is gratitude that he was deemed not qualified for hospice, and that, for now, he is more appropriate for palliative care.  Except for the fact that because he’s 21, there IS NO equivalent program of adult palliative care that exists for him.  The loss to him, and to us, is enormous.

And I will never stop fighting. 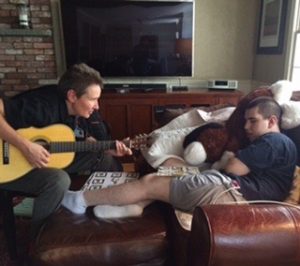 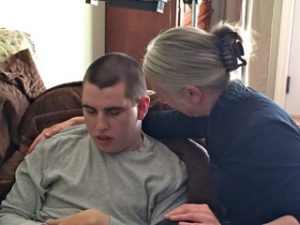