CPN | Our Origin
HOME > ABOUT > OUR STORY 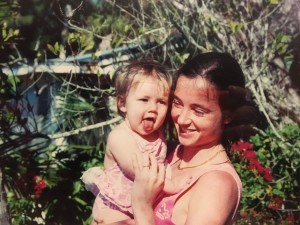 The mission and goals of Courageous Parents Network originate in the experience of parenting my second daughter, Cameron, following her diagnosis of Tay-Sachs at the age of six months. Tay-Sachs is a rare and incurable genetic illness that always ends in early childhood death. Both parents must be carriers of the gene. My nephew Hayden—Cameron’s first cousin (photo below)—was also diagnosed with Tay-Sachs disease, one month before Cameron’s diagnosis, when he was 18 months old. Hayden and Cameron’s fathers are identical twins who both married carriers—women who were, also, best friends in college. The twins’ genetic mutation had never been seen before, and the likelihood of these two brothers marrying carriers and having affected children was 1 in 80,000,000. What happened in our family was a statistical near-impossibility: two brothers, two wives, and two babies affected with a rare disease who would die before the age of three. 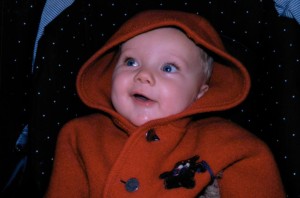 But, in its way, it made everything that followed possible.

We did more than survive. Despite the profound sadness of watching our beautiful daughter lose all cognitive and physical abilities, Charlie and I were able to live fully into her short life, and to help Cameron’s big sister Taylor, age four, understand it as best she could. Despite the fear we had of losing Cameron, we became prepared to accept, face and allow her pending death. And despite the whoosh that poured from our life and our home when we watched her die, we were able to heal and, in time, emerge from the dark fog of grief that surrounded our family.

Courageous Parents Network was created to share the essential elements of understanding, coping, grieving and healing that we absorbed over the time of Hayden’s and Cameron’s illness, and beyond. Through our programs—Education, Community and Advocacy—we and the generous families and providers who are featured here offer parents the information, skills, tools and virtual support they need during their child’s illness journey, so as to make the impossible possible.

“Trees are poems that the earth writes upon the sky.”― Kahlil Gibran, Sand and Foam 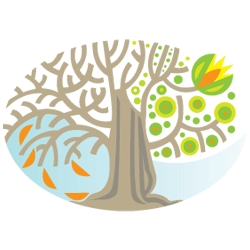 From the beginning, I wanted a hardwood tree for the Courageous Parents Network logo. I love their silhouettes at dusk, their dark forms against the evening sky. Hardwood trees change over the course of the four seasons. Their leaves and how they look cycle consistently over the course of every year,

They are also living things that radiate a sense of permanence. Hardwood trees also have deep roots and strong trunks, like parents. And their branches hold leaves, like parents hold their children. And the leaves fall but then the buds come in the spring. There is strength, release, loss, hope, and life in a tree.

Every parent remembers in which season he or she first heard their child’s diagnosis, when their child was first hospitalized, when their child died. These vivid memories are permanently etched in our minds with the smell and feel of the associated season(s) right there with them. Our daughter Cameron was diagnosed in November, right before Thanksgiving, and this is what I associate with each November when it rolls around. She died in May, just as the trees in Boston were budding that vibrant spring green color; thus, spring will always remind me of her final weeks and death. And so the seasons remind me of Cameron’s journey; they connect me to her life all these years later.

The logo was made by my friend, Julia Talcott, in collaboration with designer Janet Bemis. Thank you to Julia and Janet, for capturing the vision and bringing such a soothing visual to weary parents’ eyes.