CPN | Fulfillment in THIS Motherhood
HOME > BLOG > FULFILLMENT IN THIS MOTHERHOOD 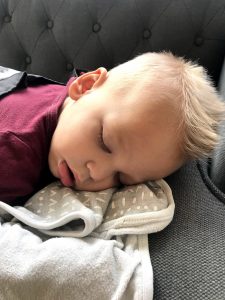 My son, Oliver, has Tay-Sachs disease; a rare genetic condition where a normal, healthy baby declines over time to a vegetative state before passing away in early childhood. They lose vision, end up with complete paralysis due to atrophy, experience seizures, and need a feeding tube. They require almost constant help clearing their airways and breathing all day, every day, until the end. There are no successful treatments available; no way to stop it or even slow symptoms down. All that parents can do is focus on comfort for as long as their child stays with them. Oliver has no symptoms left to anticipate before his passing. For now, we are doing what we can with however long he has left. We have had countless close calls over this last year, and live in the limbo of knowing that any minute he could go. This jeopardy could last for another couple years, or could conclude five minutes from now.

At one point, before Oliver had lost many significant milestones, I remember being so devastated thinking, “This is impossibly hard as it is, and this is the best it will be. This condition will only get worse until the end- how could anybody thrive in this? How do we even just manage to survive it?” All of a sudden, the words used to anticipate his life no longer included “growth”, “progress”, or “development”… instead, what was on the docket was “paralysis”, “unresponsiveness”, and “loss”.

Months into Oliver’s decline, I began to think about all the mothers I know who so desperately want to be ‘fulfilled’. I felt a sudden double blow; not only was I watching the little boy that I loved more than anything go through this, but what the loss meant for me as a mother became real, too. Being fulfilled by motherhood is such a consuming wish for so many and I only know a few women, even those with normal, healthy children, that could ever claim to have gotten there.

I think we feel such a pressure as mothers to have this role make us happier than anything; to feel like there is nothing more we could ever want for ourselves. Or we think that until this feeling of total happiness suddenly hits us, we must not be good moms.

I was consumed by the idea for a while, and wrote about it in my journal,

“If it is possible at all to be fulfilled as a mom, I know for sure that it has more to do with the mom than the child. It can’t be about what your kid does- their personality, capacity, or quirks- if fulfillment exists, it’s because of the mothers. It can’t only happen to women who win the lottery on the specific type of kid that creates it for them… So, if anybody can do it, I should be able to make it happen for myself, too. It’s not about what Oliver can or can’t do, or dependent on any other factor created by him. If I want this, it’s on me”.

I had so many plans about the kind of mom I wanted to be. I was going to rock it. But the kind of mother that Oliver actually needs isn’t anything like that mom. In a vegetative state, none of the things that I had decided were valuable or meaningful would do anything for him- those would be for me, and not for Ollie. Feeling fulfilled isn’t necessarily about the stuff I do to make it fun and awesome, either, no matter how great those intentions are. It couldn’t come from Ollie’s ability to respond or engage, and it couldn’t come from my checklist of “things to do to be the best mom in the world”. It was going to have to be something I chose to feel beyond what either Ollie or I could do.

In order to choose it, I learned that I would have to stop compartmentalizing- “being a mom” was going to have to include everything in my life, because sometimes what “being a mom” to Oliver looks like doesn’t fit any criteria I had ever had for motherhood. I could either use every part of this relationship to disqualify myself as a “real mom”, or I could find a reason why every part of my life made me a mother.

It had to go so far beyond my interactions with him. They were still intentional and had all the love, investment and effort that they could but I couldn’t expect to feel completely, 100% personally filled up from interacting with somebody in his condition, no matter how much love went into it. I let myself get rid of that expectation, It was only going to make me feel the heartbreak of not having a circumstance where my relationship with my son can be anything close to what I want to give him. I remembered the ‘other moms’ again, and that even raising healthy children can never meet the social, intellectual, emotional needs of any grown woman. Kids aren’t supposed to carry that burden for their mothers.

My identity as a mother doesn’t just exist in this tiny sphere of what happens in a day with my child. I am ALWAYS his mom. I take that with me everywhere I go. So, as his mom, all of me counts. Exercising, alone time, hobbies, friendships, personal goals, they all count. I think that personal fulfillment and fulfillment in motherhood need to just become the same category. My role and experiences as a mother are just part of my person. And, ultimately, any effort I make to grow and improve as a person still applies to my influence over my children because doesn’t that example mean more than anything else I could tell them? No matter who my children are or what we face together, I can show up as the happiest, most ideal version of myself and that can be something that both they and I rely on. I can go through and meet the needs in the day as somebody who is able to really be there, because I’m taken care of and truly up for it.

It counts as growing as a mother when I grow as an individual. Because of this, there is no resentment toward Oliver or God or myself for anything that is lacking in the circumstance. It’s empowering to know that I chose to feel what I do about being a mom, and nothing can threaten my ability to feel it.

At the end of it all, I will look back at my time as Oliver’s mother and feel fulfilled. I’ve put everything I have into what I am able to do in that relationship, and I’ve also tried to grow just as me. I’ve chosen to find fulfillment in who I am as a person, and that blesses Ollie too. I don’t need to exclude him or my role to him from any of the other happiness or purpose that my life has. Oliver contributes immensely to that joy and purpose, but there is no pressure on him whatsoever to be all of it for me.

What Oliver has needed has been different than what I was going to offer him, and I have accepted that enough to be ok providing what would truly be for him. Ollie needs a mom who finds more common ground with hospice nurses than other women with toddlers. He needs a mom who keeps up the massages and baths and snuggles and books, even when he hasn’t been able to respond to any of it. He needs a mom who plays bird songs or music through the day while he naps, who talks to him even though he never talks back. He needs a mom that keeps him comfortable and makes him feel safe and loved. He needs a mom who lets this relationship change and teach her as much as possible. And he’s needed that mom more than he’s needed a mom who taught him to ride a bike, or had that amazing teaching moment with him that he’ll never forget. I had so much that I was going to give this boy, but instead there has been more concentrated love in the little that I can do. 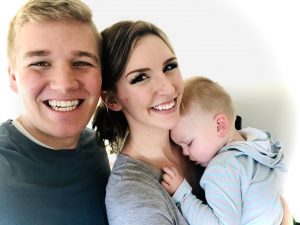 Finding fulfillment as a mother is possible for any mother- because it’s not about the kid you have, the plans you’ve made, or the adventures you take them on. It’s about you deciding that you are going to make it personally fulfilling because you are an entire person, and motherhood is part of it all. Because of that, my experiences with Oliver can continue to be fulfilling for the rest of my life, even after he’s gone. Time is no limit of motherhood, either, no matter how long he stays. Being his mom is part of me. His physical absence doesn’t have to determine how much I will grow from his impact. Oliver will be changing my life until the day I leave this world, and forever after that. He made me a mother, and through calling me to that role he has opened a deeper, truer, more whole and more fulfilled version of myself. My motherhood includes my relationship with him and with me, and I can never thank him enough for teaching me that.

Ollie has taught me about taking control of what we can do with any circumstance, (and I mean any), to make it count. He taught me “to have done the best things in the worst times, and hoped them in the most calamitous”*  He taught me that it’s ok to take care of myself and to prioritize my goals, giving every day a personal purpose -to embrace what is, and how to let go of what isn’t; to create joy in little moments; to love someone who cannot give anything back.

More than anything, Oliver has taught me that while there is so much we cannot do, being transformed through loving him is enough. I truly do love being Oliver’s mom and now, it feels like a privilege more than anything else

*Quote from a plaque in a church in Leicestershire, England in honor of Sir Robert Shirley, 1653.

My husband, AJ, and I met and began dating in high school. After going our separate ways for a couple of years, we were reunited and married in August of 2017. Much sooner than either of us had originally envisioned, sweet Oliver joined us a week and a half before our first anniversary. He was diagnosed with Tay-Sachs disease at 13 months old, and as we were just starting to wrap our heads around his diagnosis when, three weeks later, we discovered to our surprise that I am expecting another baby. Oliver’s little brother will be joining us in June, just before his second birthday. We didn’t think we would get to see him become a big brother, and we are so grateful and SO psyched to see him get to enjoy that brotherhood for a little while. We love our boy and do our best to make sure he knows it. Life has been very different than we could have braced ourselves for, but there has also been a beauty and a richness to the heartaches and challenges that we would have missed otherwise. We love the CPN community and all of the people we have been able to learn from!! This is not a group anybody would ever choose to be in, but we feel honored to belong to this community with such incredible families. For any who would ever want a friend in walking this road, my email is madilyn24jo@gmail.com and I would love to talk to anybody who knows the daily wear of loving these sweet kiddos. 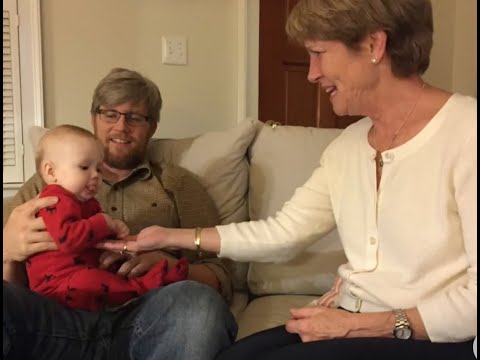 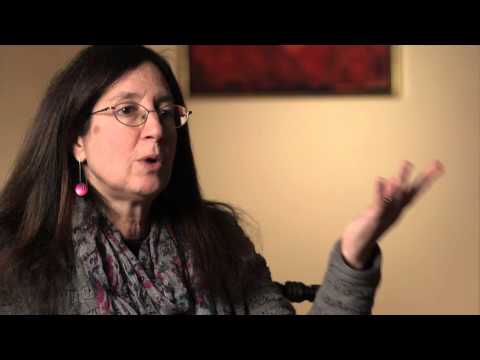 Taking Care of Yourself