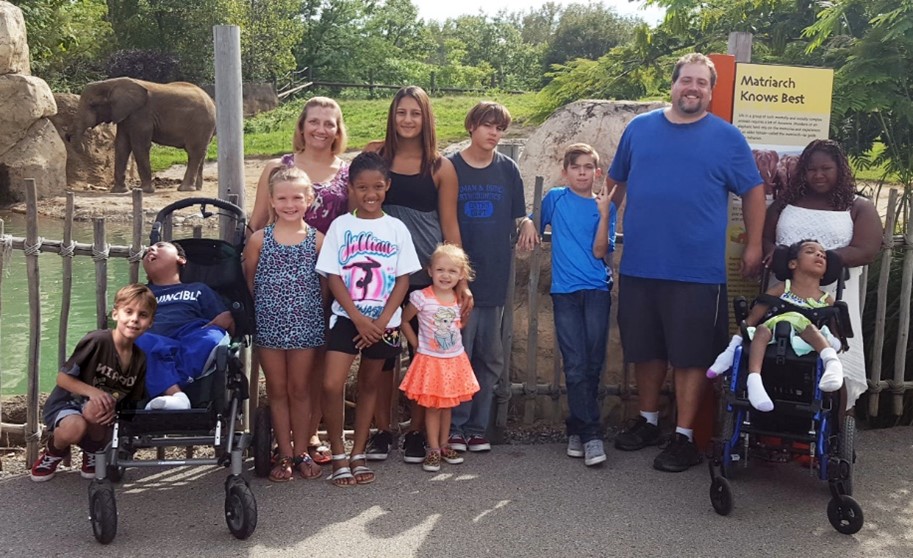 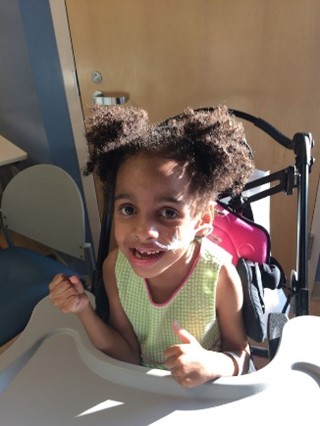 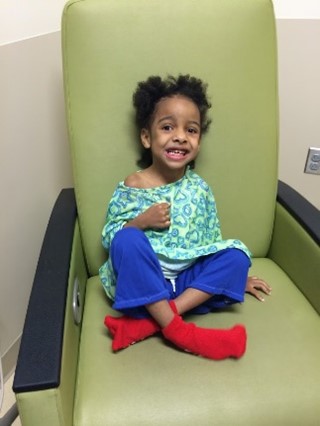 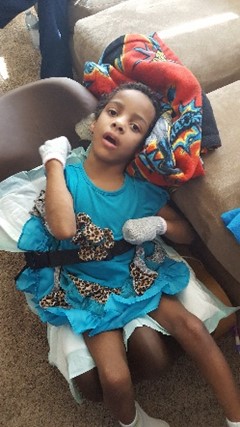 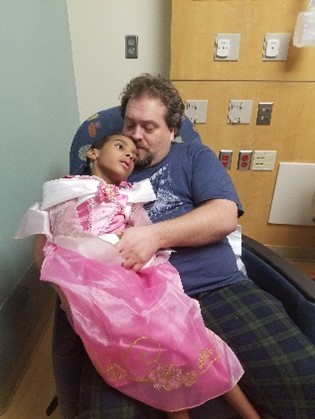 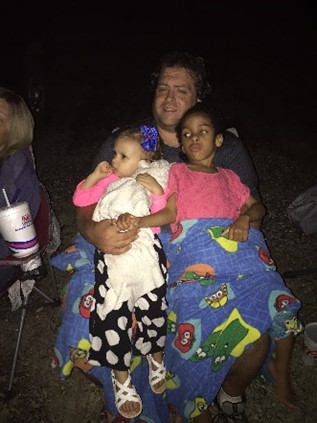 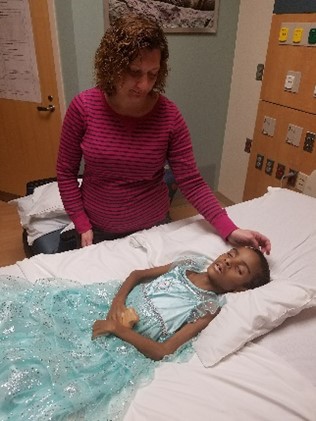 My husband and I were therapeutic foster and adoptive parents for nearly 18 years. We took in the “hard to place” children. Most of them had severe medical needs and some had severe behavioral needs as well. Over the years, we had some difficult placements, but the one that was the hardest to handle and had the most impact on our family was Jade.

Jade came into our lives when she was just five years old. She had a rare disorder called metachromatic leukodystrophy. This is a horrible disease that causes white matter to take over the body causing terrible muscle spasms, intense bursts of pain, and shuts down the ability to walk, talk, eat, and function.

Jade didn’t start showing signs of her disorder until she was three or four years old when she began to become clumsy. Her foster family was concerned that something might be seriously wrong and pursued a diagnosis. By the time she came to our home, she could only walk if we held on to her forearms and gave her a lot of support. She was in disposable underpants because she couldn’t control her bladder or bowels. She was losing her ability to speak and could only say a few words. However, she still got her point across though by moaning, pointing, screaming, laughing, and giving lots of hugs. She could eat but would choke on her food frequently, so we had a swallow study completed shortly after she came to us.

The swallow study confirmed our fears that Jade was aspirating her food. Her disorder had caused her to lose the ability to eat enough to sustain her. We put in an NG Tube, which she was constantly trying to pull it out! Within six months we replaced the NG Tube with a G-Tube . She was no longer able to eat or drink by mouth. When she watched the other children eat, she got upset so we tried our hardest to keep the other kids in the other room when they had food or drink.

That first year, Jade also lost the ability to walk, and was having difficulty maintaining her balance to sit unassisted. We had to make sure to always have her strapped into a harness seat or she would slump over. She was really struggling at this point and having terrible mood swings. My guess is that her moods swings were because she was so confused about what was happening to her. In a short time, she had gone from a functioning child to a child dependent on 24/7 care.

We also thought she was in pain. She would scream and cry out for hours and hours at a time. No matter how much pain medication the nurses gave her, she was still in agony. At first we had no idea how to give her relief, but somehow my husband figured out that if he held her arms tightly above her head, and pulled her legs up to her chest and just held her in that position, that she would stop crying and thrashing around. She was still in pain and the slightest movement on my husband’s part would cause her to be in agony again, but for that short amount of time, she found a semblance of peace. As a result, my husband would hold her in this position for hours upon hours.

Jade wasn’t the only child we had in our home at that time. We had six other special needs children that we had adopted (between the ages of 7 and 16), Jade’s older sister (7 years old) who we were fostering, as well as our two year old granddaughter that we babysat frequently. Two of our adopted children had severe hemophilia and mood disorders, one had fetal alcohol and a mood disorder, one had bipolar disorder, and one had severe cerebral palsy and functioned as a 2 month old. While my husband, and sometimes my 12-year-old daughter spent hours holding Jade in this weird position, I cared for the others. I also worked full time at the local high school. My husband was also trying to maintain his full-time job working from home. It was beyond stressful and the only way it was even possible was because of our son’s in-home nurse, our 20-year-old daughter, and our amazing foster care caseworker did everything possible to help fill the gap.

Jade was progressively getting worse. We seemed to spend quite a bit of our time going back and forth to the children’s hospital that is over an hour from our home. We spent hours on the phone with the palliative care team. Finally , more services including a nurse several hours a day were brought into the home. Unlike for adults, palliative care for children isn’t a “do nothing except keep her comfortable” experience. Instead, they worked with the doctors to ensure she received every treatment option possible to give her quality of life while also supporting her end-of-life care. At this point, Jade was screaming, crying, and thrashing whenever she was awake, and struggled to sleep due to the pain. She had no quality of life left, and her body was slowly shutting down.

In March of 2017, Jade suffered a debilitating stroke. The doctors said that she wasn’t going to get better and that she would continue to have more strokes in the coming months. They recommended that we bring her into the hospital for end-of-life care. My husband didn’t want to take her in. He thought she might recover and get back to some semblance of herself. I agreed with the doctor and caseworkers that it was for the best that we take her in – something I have felt guilty about. In the end, it wasn’t our decision to make. The caseworkers decided to have her admitted to the hospital.

The palliative care doctors explained to us that they were going to stop feeding Jade and let her pass naturally. He warned us that it wasn’t a fast process, but we had no idea how emotionally draining the process was going to be, and just how long Jade would hold out before passing.

We were told that we didn’t have to stay in the hospital with Jade for those final days because she was under the hospital’s care. That didn’t fly with us. We refused to leave her side. She had been with us for two years and we weren’t going to let her travel this final road without us by her side. It took 17 days. Seventeen days of watching Jade waste away into a skeleton as the nurses only gave Jade pain medications and a small syringe of water. Seventeen days of my husband pleading with the doctors to feed her and see if she could rally. Seventeen days of being away from our children. (One of us was always at the hospital and the final week both of us stayed continuously.) Seventeen days of praying for her to let go and be at peace.  Believe me, 17 days is a long time when all you are doing is wondering if you made the right decision to bring her in in the first place.

We brought our other children in a couple of days before Jade passed to say goodbye. While heartbreaking, the palliative care team was wonderful and arranged for memory making activities. They helped us dress Jade into a princess outfit before the kids arrived. The children made a handprint tree painting that included all their hands and Jade’s. They helped created a mold of Jade’s hands to preserve for all time. Jade’s sister curled up beside her on the bed and just hugged her gently. During it all, Jade opened her eyes for a few moments, but otherwise drifted in a haze. I remember during that visit, Make a Wish called me. They were finally at the point where they were ready to grant Jade a wish and wanted to know when we could set up a time to meet. I remember bursting into tears and telling them that it was too late. She was already too far gone. They were willing to come to the hospital to try to make it special, but Jade was at the end and wouldn’t have known they were even there. I told them to save their funding for a child who was more cognitively able to enjoy it.

On March 31,2017 Jade took her last breath and her body was at peace. Watching Jade pass and seeing how it affected my children forever changed me. I no longer had a desire to take in new foster children. My heart was broken, and my mind was in turmoil.  I just couldn’t see a way to overcome all that to care for other foster children. My husband and I made the decision to take a step back and focus solely on our family. We officially closed our foster care license in June of 2021 after we adopted our son who had been with us for 15 years.

Shortly after Jade’s passing, her older sister was placed with her forever adoptive family. Nearly six years later, she is thriving in her new family. My family is still struggling to overcome our grief. Most of the time life goes on without any issues, but then something will trigger our grief and we must struggle with our emotions. It doesn’t matter if you’ve had a child in your home for a couple of years or since birth, watching them struggle with a rare disease and waste away irrevocably changes you. I don’t know how anyone could ever fully recover from that. But we do our best to keep going, one day at a time. 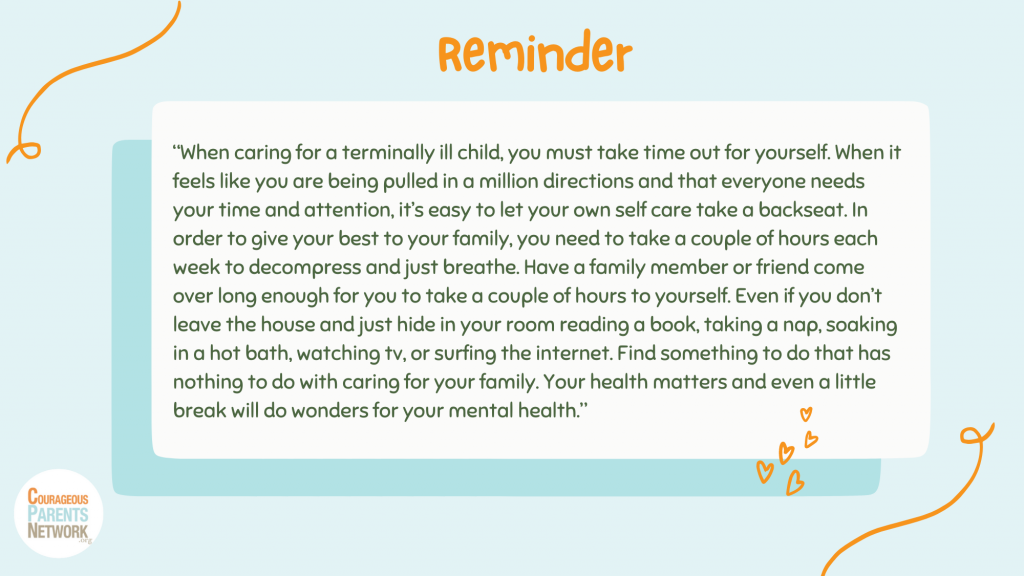