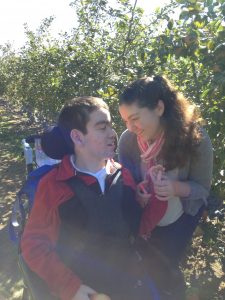 My video chat with Barry’s sister, Lexi, is the most profound a conversation I have had with a family member since starting Courageous Parents Network. I think in large part because she is so young to have played such a pivotal role in the life and death of a brother. I knew from my earlier interview with Lexi’s mom, Joanne, and Barry’s pediatrician, Dr. Hauer, that Lexi was a devoted sister who had struggled mightily when her mother decided that Barry needed to be moved to a residential home. I knew she was a traditionalist, hell bent on getting her brother home home to celebrate her graduation from high school. I knew she was a forceful advocate for her brother, who needed to be brought along to understand, for herself, that Barry’s condition was progressing towards end of life. What I couldn’t know until I spoke with her directly, however, was what an exquisite teller Lexi is of her brother’s story and of her own sense of responsibility to be the keeper and sharer of that story.

In the 75 minutes we spent together by video chat, Lexi told the story from the beginning: Barry’s arrival as a baby brother; her learning that he was different (though he never got a diagnosis); their intimate connection—Barry never spoke but he was Lexi’s best friend in whom she confided everything; her wrenching struggle when Barry was moved out of the house; her insistence on the highest standard of grooming for him; the miracles days gifted to her and Barry her high school senior year; her transition to college and weekly visits to Barry in his new place; her awakening to the fact that he was dying and how surreal her college normal was— “I realized this weird thing I was going through: the world was still turning, everyone was still living their life, everyone thought I was living my life normally, but I had a big weight on my shoulders that no one really knew about;” her sneaking of a sweet contraband treat for him near the end; and then her courageous involvement at the very very end as she sought to end his struggle and let him go: “I wanted him to be at my white coat ceremony so badly but I realized at the end that I couldn’t ask him to do anything else for me.”

Throughout, I probably spoke four times but only to briefly comment on something she had said and also to ask one question. When Lexi started, she just went, and the story, the self-knowing, the struggling and the evolution of all of it just poured out of her. At the end of the interview, when I could speak, I asked her how it was that she was able to tell the story so well. Hearing the answer, it all made perfect sense: Lexi has been telling this story with intention for three years now, first in a writing project and then in subsequent talks for different audiences; and each time has given her the opportunity to look at every chapter, understand her feelings, find her role in it, and put all the pieces together in a way that makes sense to her and makes meaning of the journey.

Now a senior at Assumption College in Massachusetts, Lexi plans to go to medical school and become a pediatric neurologist so as to help other affected children and their families and siblings like her and her sisters. She will know what these families are going through and she will never forget that it’s not just about the science but also about the empathy and spirit that live beyond the medicine. Lexi also plans to keep telling Barry’s story: “Through his story, I want my nieces and nephews and my future kids to know that they had this amazing relative. They should be honored to be connected to him in some way… And while he’s left a legacy for me, I think that if I can make his legacy even bigger by finding out answers for other people and getting his story out there, I think that maybe I might repay him just a little bit for all the things he did for me and gave me. That is my life’s mission.”

As the Founder of Courageous Parents Network, I know in my soul the healing that comes from telling the story and helping others in the process. Lexi exemplifies this as profoundly as anyone ever could. And as a parent, I want to acknowledge Lexi’s mother, Joanne, who, in addition to being a beautiful mother to her son Barry and her three daughters, is a deeply wise woman who so clearly understood her daughter’s devotion and love and who made way for that. 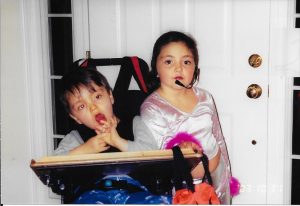 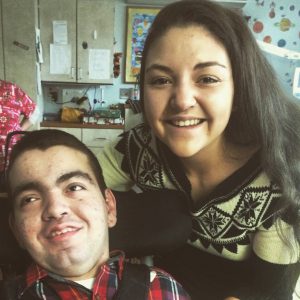 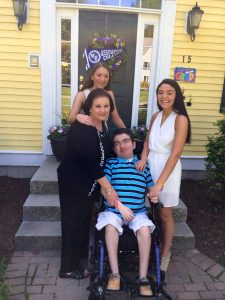