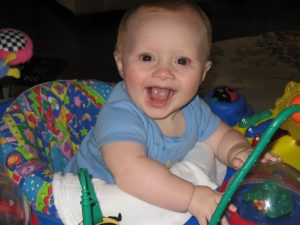 I can tell you what I was wearing the day we were told our daughter would die. My pink sweater was soft and round with the near birth of her little brother. A neurologist with a slinky for a backbone had called us, leaving a voicemail invitation on Friday to meet with her on Monday. We knew what she would tell us. And yet we managed, somehow, to survive the weekend, and then to get up, get dressed and go hear it.

Nine years ago, we went to that office. The hands on the clock seemed to measure the same second over and over as we waited for the worst news of our lives. My husband sat next to me, his face pressed, like a fifth head on Mt. Rushmore. Our fingers entwined as concrete set slowly around our ankles.

Months earlier the neurologist had, in response to our concerns about our daughter’s development, talked about possible scenarios, listing disorders that were astronomically rare. Called back to the hospital that day, we learned that lightning, rattlesnakes and gavels are not the only things that strike. Batten disease does too. Andy’s eyebrows left the spot where eyebrows reside and shifted toward each other. He spoke with steel in his eyes and a serrated voice, asking only one or two questions. The only one that mattered had already been answered. 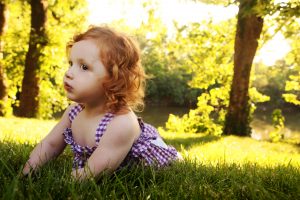 We enrolled Celia in hospice that day. I remember feeling as though we had to decide that we weren’t going to die too. We took her home, and we took turns rocking her toward heaven. She was a living little girl and a dying one, but she was not a disease to be studied. Technical words fell out of conversation as our daughter’s name reappeared. Andy became her father again, took off his white coat, and held her close… while her fragile life, and our happiness were held together by cobwebs.

We’d been a team for number of years, partners in show choir and dates for the prom. We grew up together, earned college degrees, bought a house and got a dog. We painted the nursery, put together the crib, tried to match a name to our first baby and a bouquet of dreams. She was born seemingly healthy. She learned to talk early, waving and saying “hi.”  Her favorite word was shoe. And everything was perfect. Until it wasn’t.

She stopped talking about shoes and started having seizures. She lost her vision, and the ability to walk. When Celia was diagnosed with Batten disease, a neurodegenerative disorder that is always fatal, there was no treatment. Though research has progressed, there is still no cure. 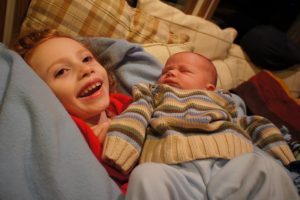 Soon after Celia’s little brother arrived, we learned that he did not have Batten disease, but the fear and the worry, the wishing and the lack of sleep came within a breath of killing us, too. Celia suffered and we suffered with her. We were full of questions and blame, anger and sorrow, Andy and I both looking for a locus for our rage. But it could not be each other. Fighting has never been part of the architecture of our family.

There was so much else to do, anyway. In the kitchen newborn paraphernalia found its place among the nutritional supplements that lined our pantry shelves. Prescription bottles rattled around like maracas, amid an avalanche of potions and lotions and syringes. The process of blending foods, grinding pills and feeding Celia, several times a day, was nearly all-consuming. But we needed to disseminate bad news to neighbors, to schedule palliative care appointments, to write thank you notes for so many kind gestures. We tried to take care of details, to tidy what could not really be tidied – but often we sat together frozen while so much awfulness unspooled around us.

We did not fall out of love, but the luster dulled a bit in the grind. There were moments when our marriage might have ended – it would take all day and a calculator to tally the times each one of us sucked it up and bit our tongues. There was no barb we could throw that would make either of us feel better for having thrown it. We couldn’t save our girl, but we could save our marriage. As the arms of grief had draped themselves around us, we held one another tighter. Caregiving is tough, and lonely, and we needed each other more than ever. 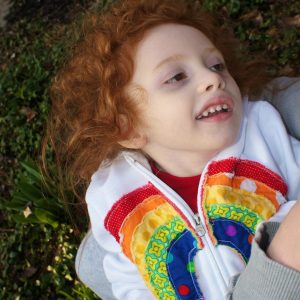 We also needed to remember ourselves. We read articles that listed tactics for couples trying to care give and to keep it together. We gave one another permission to be sad and room to be angry. We also handed out hall passes for hobbies; book club and bike trails, fishing and swimming, things that we enjoyed doing before Celia got sick, and needed to continue to do to stay sane. Probably the most crucial bit for us was that we arranged weekly respite care, when family members took Celia overnight and gave us a break. We even established some plans for pleasure after Cel’s death. That might sound morose, but we knew she was going to die, and we needed to share visions of a happy future, to look forward to ways we might reconnect.

We chose not to pursue anything that might compromise Celia’s comfort, even if it dangled the promise of extending her time with us. All we wanted, beyond relieving her pain, was to love her well. I don’t remember which of us said it first, but it came from both of our hearts. Loving her made our priorities clearer and helped us focus on moving forward. Ultimately, we made the most excruciating decision of our lives: to spare our daughter a harshly negotiated life and allow her body to go the way her DNA was designed. Not everyone greeted our decision with compassion and acceptance. Shrink-wrapped inside their own impenetrable logic, not everyone could. But here, my husband and I were anchored firmly on the same page. We worked together at loving her well during the almost three years that remained of her short life. Celia died before she turned five.

Andy and I both know that we are more than the worst things we’ve said to each other, We know that we are a lot more than the hardest decisions we’ve ever made. Love gave us the courage to withstand that which we never imagined we could. Loving her still centers us, even if it doesn’t make sense of everything. Loving her little brothers allows us the capacity to fuse what is lost with what remains, to make some meaning rise from emptiness. Loving each other feels easy.

I grew up on a farm along the banks of the Ohio river with my sister and cousins, a gaggle of little girls counting cattle and raising sheep, reading on hay bales and swimming in the river. Andy and I met in preschool, and fought regularly over a favorite Eyore doll. We eventually learned to get along, and were married in 2002. He worked at a busy downtown trauma hospital, while I taught fifth grade for a number of years. Our family began to grow when our daughter Celia joined us in 2007. The entire trajectory of my career and lifestyle bent with her birth, in the most surprising and satisfying ways. Until she got sick and everything seemed to turn south, the path we were on together felt perfect. I wish that I could sew, that I could make dresses for my daughter. Instead I do my best to stitch words and pictures together on our family’s blog. For the longest time, the writing was tremendously therapeutic. These days our lives move with a momentum I can hardly sustain, her three little brothers are loud and dirty and so busy! I have far less time to feel sad, or to write. Still, I miss her, and I continue to make a strong effort to slow the fast moving train long enough to capture fleeting moments with the boys. Writing gives me hope that someday they’ll read the blog and shrug or blush or go back to whatever they were doing, knowing a bit about their older sister, and knowing for sure how much they are loved. Visit us at www.betzfamilycolumbus.blogspot.com