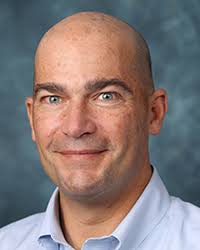 What is a good day? That seems like a bit of a trick question when asked of a pediatric palliative care clinician. After all, shouldn’t the answer be as simple as “a day when all distressing symptoms and concerns are quickly alleviated”, or even “a day when there is nothing for me to do”? But for those who inhabit this world of children facing serious illness – children, families, and clinicians alike –  it probably won’t be surprising to hear a more nuanced response, one more reflective of the fact that, as much as we wish it were otherwise, most days present us with palliative care challenges and plenty of work to do.

There isn’t any one thing that I think for me defines a day as being “good”. In general, the first thing I hope for in a good day is that it be busy, but not too busy. In that Goldilocks day I am kept busy enough that I am engaged and challenged, but not so busy that I shortchange any of my patients or colleagues. Days sitting around with too much time may be nice occasionally and a good opportunity to catch up with the team or on other projects, but too much of that just feels unfulfilling. After all (and I’m pretty sure this is true for most of my colleagues), the real joy in this field is to be found in the clinical work. And part of what keeps it interesting is the unpredictability of the work – it’s rare that a day unfolds the way I expect it to.

A recent Friday comes to mind, at the end of a long week on service when I was already hoping for a quieter day to take me into the signout and a weekend off. We were asked to stop by the room of a child who we already knew well, a young man I’ll call Peter (identifiers have of course been changed) who had already faced years of a rare condition leading to multiple complex, chronic issues. He had been admitted earlier in the week for some routine testing, and we had stopped by once or twice to catch up and see how things were going at home. It sounded, from those talks, that things were actually going pretty well: after years of living with this condition, Peter and his parents seemed to have developed a remarkable equanimity regarding the grayness of longer-term prognostic uncertainty, focusing instead on shorter-term matters and finding meaning in the life that they built together as a family.

But this afternoon the primary team had asked us to swing by again to see Peter and his dad, Gabe, anticipating a weekend discharge and vaguely suggesting that the family had indicated on rounds that day that they might be having second thoughts about an upcoming procedure. It’s hard, and a bit embarrassing, to admit that on that Friday afternoon I was hoping the discussion would amount to nothing – I’m human too, after all, and I was feeling pretty depleted after a busy week. But after some brief hellos and a couple of jokes, Peter asked, “so, did you hear about the discussion about the cath lab this morning? I’m kind of not so interested in these procedures anymore”. We pulled up chairs and got comfortable.

It’s hard to pinpoint the moment of pivot, where my fatigue disappeared and focus kicked in. I think it may have been when Gabe, reaching carefully for the right words, shared that they were hoping to “end in the same manner and with the same thoughtfulness that they had travelled the whole journey together until now”. In a split second so many dynamics became evident: the deep love between father and son, the pain that Gabe must have felt in expressing these new goals, the unspoken acknowledgement by Peter, who heard those words but chose to be looking elsewhere and to quickly move the discussion on to other things, and the extent to which they were looking to us for guidance. We spoke a bit more about additional supports at home, talking about hospice in a way that would respect Peter’s apparent desire to not go that deep at that moment while still providing Gabe with some information and, hopefully, comfort that supports could be put in place. We didn’t pull Gabe out of the room – somehow that felt too abrupt; it felt wrong to ask a father to step away from his child, even for a few minutes, when the very topic at hand was how time was limited and how, after years, his child was becoming more frail and vulnerable.

It’s hard to describe for those who have never experienced a room like that, the way that the emotions are at once draining and energizing. The way the emotions suddenly illuminate a moment of sublime beauty. That discussion encompassed everything that I love about my work, and when we left the room, now later than I had hoped to be at work, I felt again suddenly exhausted but also fulfilled, grateful for the honor of having been invited into that discussion and to have been able to provide some support.

And yet, as we walked back to our office, my teammates and I expressed the same niggling feeling of having missed something. Gabe had talked about how things might “end”, but, because Peter had not seemed to want to be a part of that and we hadn’t wanted to separate them, we hadn’t pursued that opening. The father we got from the room, the more it weighed on me, especially as we were going into a weekend with someone else on call. What if something happened suddenly during the night? What if questions arose on discharge? We took a deep breath and turned back, figuring we’d see what the room looked like when we got back and if it would be easier to get Gabe on his own with the immediate discussion behind us.

Indeed, when we returned, Peter had settled in to a chat with the bedside nurse and Gabe was in the hall getting some water. Gabe looked at us, maybe a bit puzzled but not totally surprised when we suggested that maybe we could sit down somewhere private to talk for a few more minutes. After finding a room, I jumped right in, fully focused. I shared our worry that we had neglected to explore a big idea that Gabe had put out there — the “end” — and that we had come back to see if it would be helpful if we discussed more about how that might unfold. Tearful, Gabe shared his gratitude, that yes, he had wondered when and how that discussion would happen. We spent almost another hour exploring his fears and his hopes, and discussing things like advanced care planning. We talked about how to bring Peter in to the discussion, and how to involve the rest of their family. No decisions were made, nothing radical happened (at least on paper), but it was clear the discussion, and our role, had changed. We made a plan for what would happen if, though unlikely, something unexpected happened over the weekend, and a plan for following up and connecting with hospice on discharge. I left drained, sad, fulfilled, exhilarated, and at the same time strangely hopeful about the work that we do – all of those at once!

This of course speaks to the sticky part around what we wish for in a good day (see my opening comments about theoretically hoping for no work). While I may wish for a world where there were no palliative care needs, given the one we live in I am always grateful for a challenging family discussion that requires me to really focus and bring my palliative care skills to bear, and which results in, if not some sort of resolution, at least a new level of understanding – of goals, hopes, values; to flex my “palliative care muscles” and stretch my own skills.

I find it particularly gratifying when I end the day feeling like there is still a lot for me to think over – that some interaction I have either been a part of or witnessed has impacted me and pushed me to really think in a different way. I love that this is work that affects me personally, and that I can’t just “turn it off” and have a clean work/life divide. It’s such a privilege to learn from children and families, to be allowed into the most challenging, fraught moments of their lives, and to incorporate lessons learned into my own worldview. Which is why to me the final, but essential, component of a good day is that it be anchored at either end by time with my family. Having time at the start and at the end of each day with my wife and kids keeps me grounded and provides me with the balance and support I need to do the work I do on good days and, quite honestly, even more so on bad ones.

Dr. Elisha Waldman is Director of Pediatric Palliative Care at Lurie Children’s Hospital in Chicago and author of This Narrow Space.