CPN | The Courage to Screen
HOME > BLOG > THE COURAGE TO SCREEN 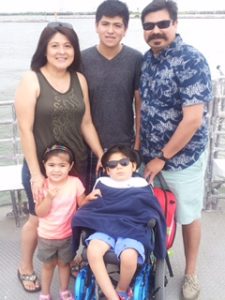 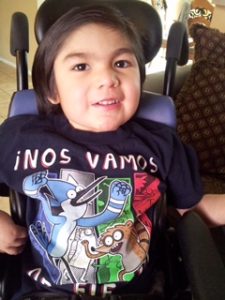 (this blog is also available in Spanish.) My husband & I have been married now for almost 17 years. We have three beautiful children. Our oldest son is 18 and attending college, pursuing a career in Physical Therapy. Our middle child Noah Mathew was called to Heaven now 2 years ago at the age of 5 years and 8 months. Our youngest child is a vivacious 6 year-old daughter, full of wonderment & curiosity.

Our middle son, Noah Mathew, was born with a fiery spirit and heart-warming smile. As an infant, he struggled plenty with colic and feeding issues, both of which are quite common in infants. A mother’s instinct is seldom wrong, and very early in Noah’s development I began to suspect perhaps there might be something wrong with his health. Noah was a delayed walker, his speech never quite developed and he suffered from tantrums due to sensory processing issues. Noah struggled a lot. Our doctors often dismissed our concerns. We were told his behavior was common considering the rise in children affected by pervasive development disorders due to autism. Doctors diagnosed Noah with autism at the age of 2 ½.

Both sets of grandparents dismissed our concerns early on. We are first generation Mexican-American. Our parents argued that modern medicine is invasive and gives every mild condition a label or syndrome. They insisted that children each develop differently and that physically Noah appeared to be in good health. Of course, no parent admittedly desires for any of their children to have a medical diagnosis, however Noah was almost 3 and very apparently developmentally regressing. He would choke on his food as he began showing symptoms of swallowing difficulty. He would incessantly drool, and he was beginning to fall a lot.

By the age of 3, Noah was obviously growing backwards, while his 2 year-old sister was developmentally thriving. My husband and I desperately wanted a diagnosis, and searched to the end of the internet to find one.

We began to explore genetic testing for answers. After three spinal taps and countless blood draws, doctors still couldn’t explain Noah’s increasing medical difficulties. Both sets of grandparents argued that we were pushing too hard and that ultimately we should accept that Noah would not be “like the other kids”. They maintained that Noah was suffering at the expense of a label, and that perhaps we were being too aggressive in our search.

At 3 years and 6 months, my baby lost the ability to take food by mouth and had a gastro-intestinal feeding tube placed. Doctors still had no answers for his further regression.

We had almost come to the end of our rope. After waiting 3 months for an insurance approval for an MRI, our neurologist stumbled upon a major finding. Noah presented demyelination in the anterior of his brain.  Our doctor narrowed Noah’s condition to 5 possible diagnoses. It would take whole exome sequencing to determine the reason behind the toxic build-up in Noah’s brain. On October 23, 2014, at the age of 4, and after 3 years of questions, Noah was diagnosed with B-1 Variant Juvenile Tay-Sachs Disease.

We were devastated for our son and our family.  In our culture, the unknowing is often accepted as just the way things are and you make the best of the circumstance. My husband and I however had fought long and hard for resolution. We felt peace knowing what was to come, as the diagnosis empowered us to let Noah experience life, make the most of our time together and not let the world pass him by.

The grandparents were grief stricken, and could not understand how a disease not related to our ethnicity could impact us.

Genetic Medicine is often frowned upon in the Mexican culture as it is compared to “playing God with human life”. Deep religious convictions can often blind judgement and block understanding of the vital role that genetics plays in medicine. Taboo exists within our culture which can create stigma of shame and secrecy among families affected by uncommon illness.  When we discovered that Noah was affected by Tay-Sachs, we implored to all of our family members the importance of genetic screening—we now know that an imminent threat lurks in our family’s future generations. At first, they questioned us about why we were “going public” about Tay-Sachs and being affected by it. A cloak hovered over our family. However, as our son’s health continually declined and became more complex to symptomatically treat, our parents’ understanding of the importance of having a diagnosis and the impact this had on Noah’s treatment plan became more apparent. Our focus quickly shifted toward learning about palliative care services and establishing a care plan in anticipation of what to expect.

Our children are aware of the implication Tay-Sachs has on their decision to have children. While we can’t change the archaic belief system generations past have of the future of medicine, it honors Noah’s legacy for our family to understand how vital genetic screening is. It is neither “playing God” nor ignoble to be pro-active about one’s overall picture of health.

Noah passed away November 1, 2015, one year following the Tay-Sachs diagnosis. Our Noah lived a short life, but the benefit of genetic testing helped us give him the quality of life, comfort care and dignity he deserved.  We hope Noah’s journey provides families with the courage to screen. 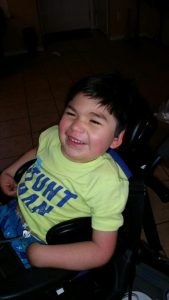