Everyone has inside jokes.  They are the stories with details known only to those who share a particular experience, and they inspire longtime friends or family members to laugh uproariously at an embarrassing nickname, or when someone mentions “that time at the lake”. More than just happy memories, those laughs are expressions of connection through shared history.

In our family, we learned to enjoy (or sometimes just tolerate) my teenaged son Robby’s glee from shock-value humor. Sometimes he reveled in something gross, other times he took pleasure poking fun at a sensitive spot. Sounds like typical teenager humor, right? But because Robby lived with a chronic illness, he also found unusual material in the idiosyncrasies of his medical condition.

Serious as the subject matter often was, we learned that appreciating his humor, even for uncomfortable topics, could be good for all of us.

It was no small feat to watch my son cope with a life-altering diagnosis and the difficult symptoms from the illness and treatment. My maternal nurturing instincts were powerful, but even louder was my son’s insistence on preserving his autonomy. So, I learned to develop a light touch with minimal “are you ok?” caregiving. 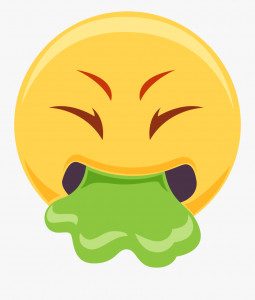 I reinforced that balance as his enthusiastic partner seeing humor in the good, bad, and ugly of whatever we encountered – for example sitting together on the bathroom floor as he dealt with nausea from his chemotherapy. Yes, I did all the traditional motherly things: I rubbed his back, put a cool cloth on his forehead, gave him a drink of water.

But what always made him smile was the stupid nickname we created – “Barfing Boy”. We imagined Barfing Boy as a deeply weird superhero, with a little sidekick dog named “Spew”, and the pair came from the planet “Zofran” (aka a common anti-nausea medicine). The ongoing story we invented over multiple recurrences made both of us giggle even in miserable circumstances.

Truthfully, there were only a few insiders who could find this absurd, revolting story funny. Understandable, after all, who wants to laugh at vomit! 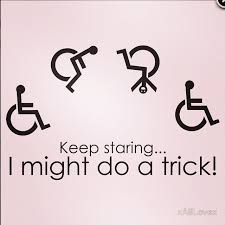 Robby liked to disrupt people’s superficial perceptions about him, and if that also shined a light on their foibles, all the better… This was especially apparent when flare ups from his illness forced him to use a wheelchair, and he developed a love/hate relationship with the conversations it started.

One bozo saw Robby wheeling across his college campus, and asked “Dude, what’s wrong with you?” Robby answered matter-of-factly “I have Ebola.” The poor guy was speechless, and Robby relished the power of his sarcasm even as he was appalled by a stranger’s rudeness.

Around the same time Robby attended a party with people he had recently met. He wheeled into their apartment, but then stood up out of the chair, and put it away in the hall closet. He chuckled at their shocked expressions, explaining that the chair was a support for his reduced stamina not a walking disability, so they had not just witnessed a miracle.

And, Robby took particular pleasure joking around with the medical team, especially when they joined in. His regular pheresis procedures (where he was hooked up to a machine that filtered his blood) took several carefully monitored hours, offering weekly opportunities for trading jibes with whoever was at the bedside.

As one physician discussed her treatment plan with us, she explained “Robby, I could pherese you forever.” Robby smiled slyly and replied, “I like you Dr. W., but I don’t know if I’m ready for that kind of commitment.” Her serious expression slid into a grin, she blushed furiously, and the room broke into hilarity.

During these treatments, Robby received light sedation to make him more comfortable. At the end of one session, we were concerned when he was slow to regain consciousness. The usual steps were not working so his doctor switched to a decidedly unconventional technique – Dr. D. started trash talking Robby’s favorite football team. The two of them regularly sparred over their rival teams, but this turned the friendly teasing into a medical protocol. We all breathed a sigh of relief as it worked, and we laughed as Robby woke to woozily defend his beloved Philadelphia Eagles against Dr. D.’s beleaguered New York Giants.

I always appreciated this kind of banter between Robby and the professionals on his team because it showed that they saw him as more than just a patient and understood him as a person. 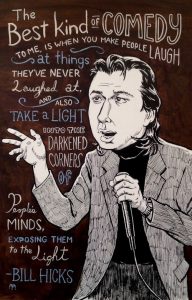 As any comedian will tell you, humor and anger are closely related. Highlight something provocative, examine it at a new angle, and you can invoke irony or a smile. Mark Twain wrote “Humor is tragedy plus time. “ That’s why you might hear a comic ask, “Too soon?” if their audience reacts to an edgy joke with shocked silence.

It was never too soon for Robby to explore the funny dark side. Humor gave him a way to express his rage at the unfair hand he was dealt, and to feel strong in the face of a relentless adversary. In those moments Robby could vent frustrations and fight his limitations as he used his wit to take the edge off a painful reality. The deeper the pain, the darker the humor.

The downside was that Robby’s joking style could also prevent others from seeing his very real struggle. After all, how bad could things really be if he were so casually flippant? Most of the time that was just fine with Robby, but in his more vulnerable moments he still needed someone to see behind the kidding around.

Like inside jokes themselves, it only works if someone is on the inside with you.

Very few people saw the reality inside Robby’s experience, but he knew that we did. We shared laughs with him in places and times where few others dared to tread, AND we remained a safe place for his darker thoughts without needing the comic veneer. Robby trusted our unconditional love, knowing that his family could embrace his raw emotions just as easily as we laughed at his vomit humor.

Caryn Anthony is a nonprofit consultant and executive coach from Silver Spring, MD, and is also chair of the Patient and Family Advisory Council for Children’s National Medical System.  She is the author of “Any Way the Wind Blows,”—a blog geared for families raising a child with a significant medical condition.  Her writing has also appeared in The Huffington Post, Grown and Flown, and Modern Loss. 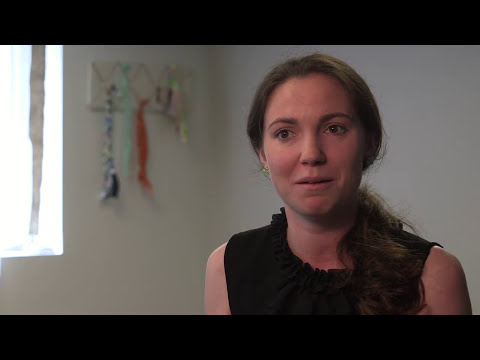 Child Life, how it helps 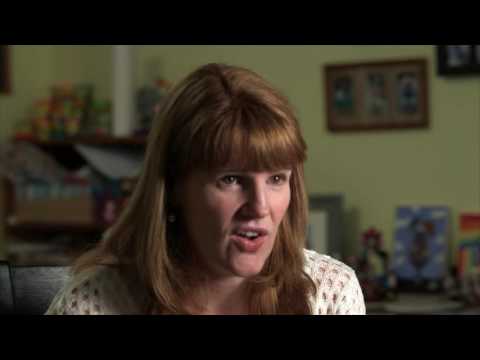 Life at Home with a Trach