CPN has also prepared a summary of the research which can be found HERE. 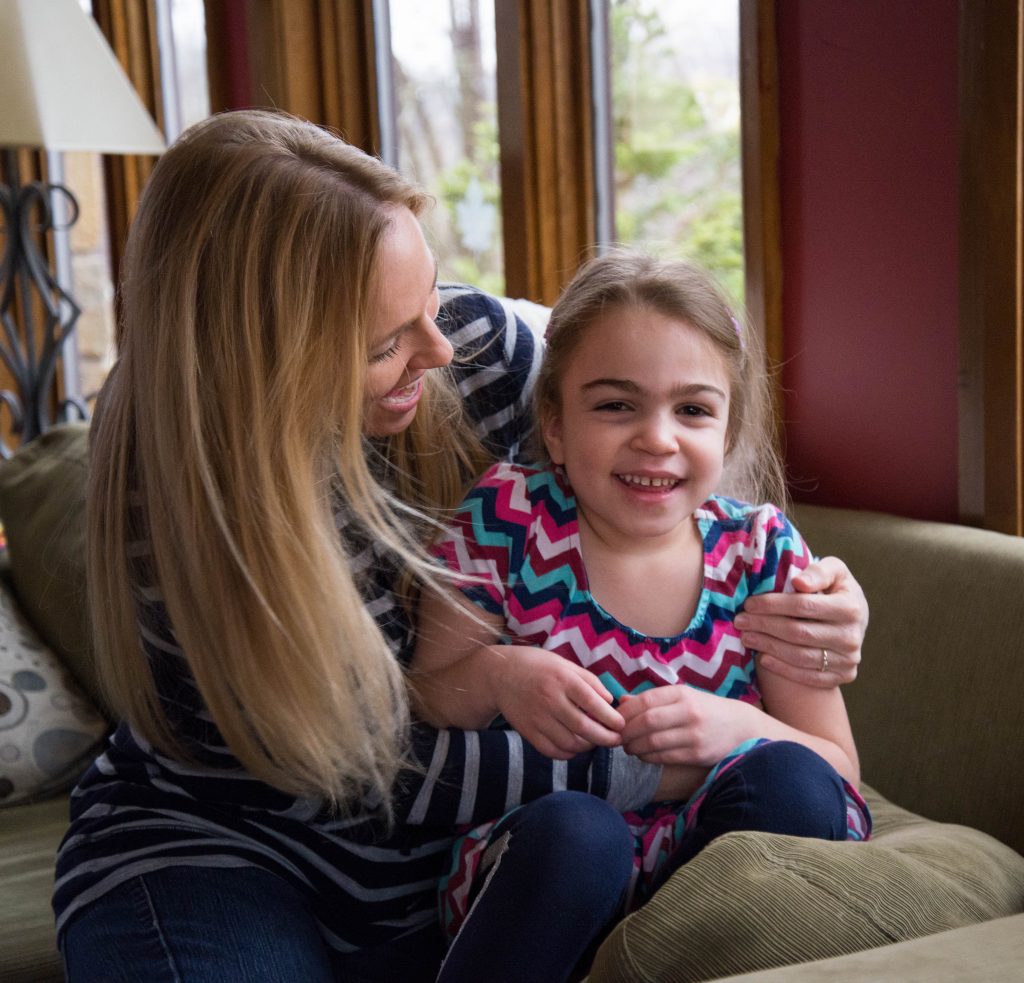 I never imagined I would be the parent of a terminally ll child. Keira seemed perfect at birth. She was a healthy baby and toddler. She had multiple ear infections that eventually led to the placement of tubes in her ears, but I was able to say that about a majority of my friends’ children. She was healthy until she wasn’t. Speech delay and hyperactivity issues developed at ages 3 and 4. Then came a diagnosis of Sanfilippo Syndrome, a neurodegenerative and progressive terminal illness that has no approved treatments. I was instantly and inexplicably thrust into the world of being a parent of a dying child, who would experience a great number of medical issues, many with a guarantee of some pain and discomfort as the disease progressed.  My priorities as a parent, and most certainly my self-perception related to what would be required to parent a chronically ill and medically complex child, immediately shifted.

Many findings that Weaver and colleagues share in the article Honoring the Good Parent Intentions of Courageous Parents: A Thematic Summary from a US-Based National Survey resonated with me. Their research focuses on beliefs that parents of chronically and/or medically ill children have regarding the concept of what it is to be a “good parent.”

In the paper, “How would you define being a good parent?” was an open-ended question that was posed to parents. My initial response and definition would be – doing what’s best for Keira’s interests.  The inception of my own awareness of a definition of “good parent,” and what it meant for me, came soon after diagnosis. I was constantly trying to make decisions that would be in Keira’s best interest and asking myself what would be best for her, even if it might not be what would be best for my heart. Being proactive and attentive to her medical and emotional needs and staying on top of everything I have control over to make her as comfortable as possible became critical to my definition of being a “good” parent.

In the paper, ten themes emerged from parents’ definitions of being a “good“ parent: Being an advocate; Conveying love; Providing the best possible care; Comforting my child; Creating meaningful memories with my child; Helping my child reach fullest potential; Seeking some balance amongst my many roles; Developing my own medical insights; Respecting my child as a person; Weighing my child’s possible quality of life. In reflecting upon how each of the themes fit within my own definition, I considered how my own ideas have evolved with the passage of time and the progression of my daughter’s disease. I also recognize how the ideas and definitions of being a good parent might have changed for parents I’ve interacted with in the Sanfilippo community, and also specifically interacted with in the context of gathering information related to the preferences of parents as caregivers of their terminally-ill child.

The one finding that resonated the most with me is the concept that my perception of what being a “good parent” looks like, for myself, changes over time. Weaver and colleagues reported that two-thirds (67.5%) of parents reported that their definition changed over time. Progression over the course of my daughter’s disease has critically shaped my ideals related to good parenting. Initial definitions I held involved how hard I was fighting to find and obtain a medical treatment for her, as her symptoms were minimal. Being a good parent then meant racing ahead of the monster that would inevitably steal her skills and make her fade before my very eyes. As efforts related to that became more futile, my self-perception was that I was failing at being a good parent. My efforts and what I thought would make me a good parent then shifted to advocating for her and giving her a voice, as well as finding ways to advocate for other children with this disease. These efforts started to steer me back towards the feeling that I was headed back in the right direction for attaining “good parent” status.

As many of her symptoms, especially physical and cognitive ones, increased and became more problematic and confusing, I shifted focus yet again. Now, it was directed towards medications, supplements and therapies that might delay progression or make her more comfortable. My definition of being a good parent had evolved now to concentrating on how much and how quickly I can ease discomfort and agitation. As she progressed even further and her mortality and the few years we had left became more salient, being a good parent meant making her feel loved and cherishing as many moments as I can with her; as well as being mindful of whom I chose to surround her with and include in our support system. 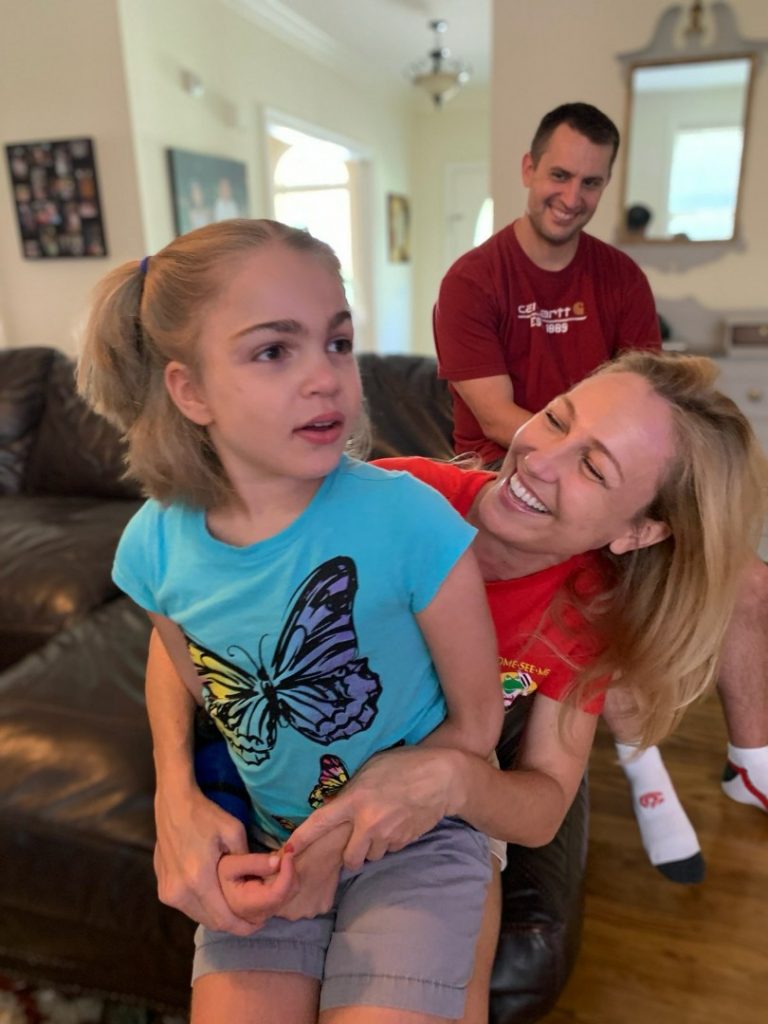 I recently helped to coordinate a project with the Cure Sanfilippo Foundation that was in a similar vain to Weaver and colleagues’ work. This research focused on obtaining perspectives about symptoms from caregivers of children with Sanfilippo Syndrome. Two of the themes in the Good Parent paper — Providing best possible care and Weighing my child’s possible quality of life — were also revealed in our study where many parents expressed a high-risk tolerance for trials and a willingness to ‘‘try anything,’’ to maintain their child’s current state.

Weaver and colleagues noted, “More than half of respondents (55%) reported feeling supported by asking to discuss what it means to be a good parent.” This finding led me to ponder if those in our study felt supported by being asked their preferences for treatment focus. I would like to believe that participation in research and sharing their perspectives was one way for these parents to feel empowered to do everything they can to have attributes of a ‘good parent.’

Participants from the Good Parent survey reported that their definition of being a good parent changed over time. Similarly, many parents in our focus groups noted different priorities as a caregiver based on where their child was in the disease and noted that prioritization of symptoms changed over time as the child progressed through the disease. Just as this article points towards the likelihood of a longitudinal nature and progression of the concept of being a good parent, the preferences prioritized as a caregiver in these same populations likely is longitudinal in nature and progresses with the child.

Weaver and colleagues also discussed what they described as a new, or novel, theme: finding a balance. This theme involved the importance and challenge of “striking a balance between keeping their child safe and allowing them to live as “normally” as possible; of meeting their child’s medical needs, but also treating them as “a child first”; of being there for their medically complex child but also for their other children, their partner, and/or their work.” Reading about this theme conjures thoughts of all of the fears and self-doubt I have related to this balance. Does getting to the level of attainment in defining yourself as a good parent quell the fears of how you will perceive your parenting decisions and experiences when your terminally ill child is no longer here?

In a world where parenting a terminal child brings so much uncertainty and a host of things that we have absolutely no control over, doing what we can as a parent, (whether that means loving them as fiercely as we can, minimizing their discomfort, finding potential options for them, or advocating for them and their fellow fighters), seems like something that can give a sense of control and can foster the idea of becoming or being a “good parent.”