One of our values at Courageous Parents Network is mutual understanding between parents and pediatric providers who are essentially working alongside each other to care for the child living with serious illness. Much of what we do is aimed at building that bridge of mutual understanding. Certainly, we do that through the CPN family videos and blog posts, which directly illuminate the lived family experience and which providers value for this reason.

Working in the other direction, we look for ways to help families better understand the lived pediatric provider experience. These are the individuals who have chosen to dedicate their professional lives to caring for the most fragile and sick beautiful children every day, and who hold the family struggle as part of that work. The piece below by Dr. Bob Macauley (shared with his permission) illuminates beautifully, in our opinion, what can be at work in these dedicated individuals who care for our children. 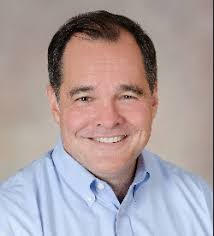 The Selfishness of Pediatric Palliative Care

No, that title is not a misprint. For many of us who practice pediatric palliative care, it’s the truth. It’s also the reason we keep coming to work each morning—and look forward to it most of the time—even if yesterday nearly broke us and made us question the justice of the world.

That’s important to understand because people aren’t exactly clamoring to sign up for this work. The palliative care work force shortage is well documented, and it’s even worse in pediatrics. I can’t count the number of times I’ve met other palliative care clinicians at professional meetings who, when I tell them I work with kids, usually say something like, ‘‘Oh, I could never do that.’’ It’s hard enough to companion an adult through the dying process, but a child?

They might wonder whether I’m a martyr for a noble cause. But this isn’t a question of seeing a need and selflessly meeting it, no matter the toll it takes. Mother Teresa might have pulled that one off, but I’m not at risk of being mistaken for her.

It’s also not schadenfreude, even though I do hug my kids extra tight when I get home because I know that some parents won’t get that chance. The ever-present reminder that everything in life—including my family—is temporary was always more burden than blessing. When I was starting out, I used to imagine myself in the position of the parents I worked with, trying to understand what they were going through. A few years ago I mentioned that to an older therapist friend of mine, and he interrupted me for perhaps the only time in our friendship.

‘‘You need to stop that,’’ he said, not bothering to gently lead me into self-awareness. ‘‘Now.’’

One reason he gave is that it was a fool’s errand: no matter how hard I tried, I’d never truly comprehend what those families are going through. The other was that over a career, the cumulative toll would be too great. We humans aren’t designed to lose our children; we aren’t even designed to think about losing our children, especially on a daily basis and in rare and unexpected ways.

I took his advice and stopped trying to project myself into an unfathomable reality, instead simply walking beside parents on a path that only they could fully comprehend. Along the path, nearly every day and in ways that I struggle to convey, I am inspired.

That’s a sacred word, and I use it intentionally. This isn’t merely admiration for someone enduring extreme hardship, such as the summiteers of Everest. Nor is it empowerment, in the sense that one day I, too, might be able to do what they are doing, because my daily prayer is that I’ll never get that chance. I’m talking about the kind of inspiration that, contrary to the word’s root meaning, literally takes your breath away.

That’s how I felt when I met a young couple whose newborn son—after a routine pregnancy—was diagnosed with hydranencephaly and went home on hospice with the expectation of a life measured in weeks, if not days. Six months later he’s still with us, and they’re grappling with an uncertain future and questions they never thought they’d have to answer, like whether to immunize and just how much to hope. Every morning they wake up and wonder Could this be the day? and each night they collapse into bed with just enough energy left over to be grateful that it wasn’t.

‘‘We’re the luckiest unlucky people in the world,’’ they say as they cradle their beautiful son, whose slumber conceals his diagnosis and conjures images of what should have been.

Then there are the parents near the start of their journey through degenerative neuromuscular disease, whose destination is certain unlike the time it will take to get there. Whenever they look at him, they try (unsuccessfully) to overlook the inevitability of his departure. Some might wonder if it would have been better never to have been parents in the first place, to be spared the overwhelming and certain grief. Our team doesn’t ask that question, but his mother answers it anyway.

Or the parents who are farther along a similar path, rapidly approaching their child’s ‘‘median life expectancy.’’ Will he surpass expectations yet again? they wonder. Certainly they hope he will, while recognizing that as he grows progressively weaker he might not share that hope. For once, they’re grateful that some things are outside of their control.

‘‘The best hardest thing I’ve ever done,’’ his father says, his tears a mixture of grief, gratitude, and pride. Certainly in his son, hopefully with a morsel of recognition for him and his wife, too.

And let’s not forget the kids. Every pediatrician will tell you that kids are wise beyond their years. That is especially the case in pediatric palliative care, like with the 10-year-old whom I’ll call Jose´. He shouldn’t have needed a bone marrow transplant—because he shouldn’t have gotten cancer in the first place—and definitely didn’t deserve to get bronchiolitis obliterans as a result. Now he needs a lung transplant, too, except he’ll likely die before he meets the prerequisite: five years out from his other transplant. Evidently injustice is in infinite supply.

It’s pretty clear from his pajamas that he’s a Marvel fan, and I have a son about his age so I’ve logged many hours in the Marvel Cinematic Universe. Jose´ and I end up talking about Thanos, the god who wiped out half the universe in Avengers: Infinity War. I figure that if I were Jose´ I’d be pretty angry at whatever God was letting all this stuff happen to him. As far as transference goes, Thanos seemed like the perfect target.

Jose´ thinks for a second before replying. ‘‘He said he did that to make the other half of the universe’s lives better.’’

‘‘But I’d like to think there are other ways of doing that.’’

How does a kid who has every right to rage against the world manage to show mercy to an imaginary god, while dispensing wisdom to someone four decades older who hasn’t experienced a fraction of the suffering he has?

I wish I could say that I do pediatric palliative care because it’s noble and necessary, but I’m not that selfless. I do it because, were it not for this work, I wouldn’t know how brave and honest and giving human beings can be. I’ll never come close to understanding how hard their lives are, kids like Jose´ or the ‘‘luckiest unlucky’’ parents who wouldn’t want any other child but theirs. I don’t even try to comprehend their courage and grace. They are what I can only dream of being, and the reason I come to work each morning.